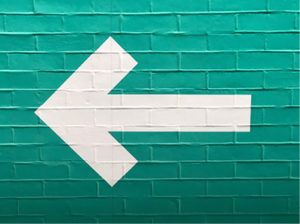 The only certainty in life – death and taxes won’t change anytime soon. But whilst we are on the subject of the latter, the Financial Services Minister Bill Shorten’s announcement on 27th April 2012 that the superannuation tax is changing effective July 1st 2012 for people earning $300,000 may be just the start of the government tinkering more with super going forward. That is a serious concern and I’ll explain why shortly. Back to the actual policy initiative announced yesterday. Basically it increases the contributions tax for people earning over $300,000  from 15% to 30% – that’s it. It will generate around $1 billion dollars of revenue so it’s not insignificant from a budget perspective. On the face of it this doesn’t sound too insidious. After all, many people would argue that if you are earning more than $300,000 you probably aren’t as concerned about paying an extra 15% tax on your superannuation concessional contributions anyway, right? Well the first argument is hard to dispute. As indicated by the government, the change impacts only 1.2% of the population in Australia. Unfortunately, the unintended consequence may be the fact many Australians lose trust in the super system. The only losers from this are the public, which is disappointing. Too many changes means the community may become reluctant to utilise super properly and consequently fail to extract the full benefits.  The community simply doesn’t understand superannuation properly, and many people can’t differentiate between a policy change on the periphery (i.e. this one), and a policy change that will affect them. Let’s face it, super is complex. Unless you have completed a specialist super course, or say a Diploma of Financial Planning most people are oblivious to the huge benefits it can provide.

Getting the right advice

The good news is that it presents a huge opportunity for licensed financial advisers to add considerable value to a prospective client’s total situation. By simply restructuring things, people can be hundreds of thousands better off by going to see a financial planner and getting quality advice, often around restructuring investments and using superannuation more effectively. Add to that scope of advice, investment and insurance advice and it is clear why people that are money smart choose to seek the advice of a licensed financial planner to guide them through the regulatory maze. It literally is a matter of being many thousands of dollars better off, so why wouldn’t you see a financial planner?  So what does a financial planner do these days? A financial planner helps people with all aspects of their financial situation. Obviously they need to be fully qualified first.  The problem with the government changing super rules all the time (…yes we are talking about hundreds of changes over the last 20 years) is that the community has a perception problem with super. This means financial planners firstly need to educate clients about what super is, and what super isn’t. We don’t have time to delve too deeply here, but just by way of example, one could be confused for thinking super is no longer suitable or beneficial for the wealthy who earn over $300,000 if they just read a newspaper headline (…or the first paragraph of this article piece). This couldn’t be farther from the truth. Super is still an amazing wealth creation structure for all, even after the changes announced yesterday. For example, even if you earn over $300,000 after July 1st 2012, the investment earnings inside super versus outside of super are still taxed at 30% less! Yes 30% less…that is substantial. So while it may be a little less advantageous getting the money into super initially for the ‘very wealthy’ in certain circumstances (i.e. concessional contributions only), super still presents the best destination for all Australians (…the wealthy included) in a vast number of financial planning scenarios. Super has suffered over the last 20 years from a perception problem. Rightly or wrongly, it is the modern financial planner and the financial planning industry that needs to educate and guide clients to differentiate fact from fiction.