Bitcoins and Crypto-currency – fad or the real thing? 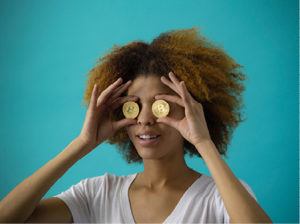 In a ground breaking deal last week Westpac Banking Corporation’s venture capital fund, Reinventure Group has invested in Coinbase, a Bitcoin company based in San Francisco. This is the first time a deal has been made between an Australian bank and Bitcoin putting Westpac at the forefront of cryptocurrency investment in Australia.

So what is cryptocurrency?

It is money (currency) you can still buy and sell things with, but it is not denominated in a countries’ currency (i.e. Aussie dollars $AUD or $US Dollars). I guess you could say the currency is not really backed by a country at all. Now don’t fret if you are finding it a slightly tricky concept to get your head around,…heck we find the concept hard to grasp! So here is a very simplistic explanation of Bitcoins. Basically, they use something called Blockchain technology to verify the currency, and what is very clear, is the technology is gaining mainstream traction. Some argue it will be a ‘disruptor’ to the banking system – think Uber disrupting the taxi industry or Airbnb disrupting the hotel industry. Some naysayers argue Bitcoins were primarily used by drug dealers or dubious business operators (i.e. tax evaders) to avoid Governments tracking their money flow via the traditional banking systems. The deal Westpac has just announced goes a long way to dispelling that myth. In fact it appears Bitcoins may finally be moving into the mainstream money sphere.

And as if Westpac’s announcement wasn’t enough, yesterday’s Greek “no” referendum vote to the latest EU austerity demands, has had an unusual impact on Bitcoins. They have increased in value quite considerably. Some commentators are even likening Bitcoins to gold….what the?

Supporters of Bitcoins believe that blockchain technology has the capacity to revolutionise the movement of money internationally allowing easier, faster transfers of currency with very low overheads and fees. “Coinbase allows users to buy and sell bitcoin in 25 countries and is focused on adding new countries all the time. We look forward to working with Reinventure and bringing bitcoin to new markets around the world,” said Coinbase in their blog post.

Coinbase is a bitcoin ‘wallet’ or online tool that enables bitcoin to be purchased and used securely. Currently Coinbase enables users to buy and sell bitcoin in 25 countries with plans to add new countries over time. “We look forward to working with Reinventure and bringing bitcoin to new markets around the world,”

According to a report in The Age Newspaper last week, Reinventure is believed to have joined major players such as the New York Stock Exchange in a $US75 million raising held by Coinbase earlier this year. Reinventure’s investment in Coinbase will place Westpac in an excellent position to track the emerging world of finance beyond traditional central bank-regulated currencies and into the world of cryptocurrency.  “We plan to work closely with Reinventure and share insights into the use of digital currencies globally,” Coinbase announced in their blog yesterday.

Will banks accounts and traditional cash have a future?

We think so! In fact you will still learn all about ‘money’ in our Investments module of the Monarch Diploma of Financial Planning, or if you are super keen, the Advanced Investments module of the Advanced Diploma of Financial Planning. While our financial planning course writers might now allocate a little more room to ‘bitcoins’ as a medium of exchange in our Diploma going forward, they won’t be forgetting about ‘traditional’ asset class investments (i.e. cash, bonds, shares and property) in the foreseeable future. But hey…things change so watch this space – or more to the point the Bitcoin space! Call us on 1300 738 955 to learn more  🙂