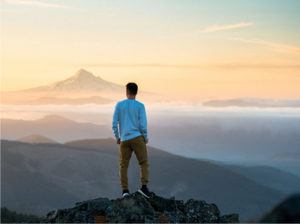 While Australia has had an extraordinary run of good economic times, when it comes to employment the market is becoming more competitive, with unemployment trending upwards and wages flatlining. It’s an environment where everyone – young, old, self-employed or rusted-on staffer – can benefit from an active approach to professional development.

If you’re not making the most of your capabilities, you might want to invest some time and energy in your most important asset – yourself.

1. Work out what you want

If there is one thing successful people and organisations share it’s clarity of purpose. High-performance specialist Phil Owens says, “Finding your purpose is like finding your personal true north; it gives direction to all of your decisions and actions.

To find it he suggests asking: “What is important to me?” and “What do I love doing?”

“Be aware that everyone will have a different purpose and that working out exactly what yours is will probably be a much longer and more complicated process than you expect,” he says.

Mindfulness is a concept that’s crossed over from Eastern religion, particularly Buddhism, into the corporate world.

Even better, practicing mindfulness is free and, once you get used it, very easy.

“Stop periodically throughout the day for at least a minute to focus on your breathing, notice how you’re feeling, notice bodily sensations and take some deep breaths. Set an alarm on your phone to remind yourself to do this,” says Chalmers.

3. Polish up those soft skills

What separates the happy high-flyers from the not-so-happy plodders is often people skills rather than technical ones.

Rhett Morris, human endurance expert and owner of Bulletproof People, says successful people are often high IQ but low EQ [emotional quotient]. By improving their EQ, they can get more out of people they deal with, whether that’s employees, managers or their own friends and family.

Morris suggests taking an ‘emotional stocktake’ to think about what impact your EQ has on those around you.

“Then begin holding yourself as accountable for who you are as what you do, both in the workplace and out of it,” he says.

Linking your goals to something more motivating than a desire for personal advantage can also boost success.

Director of International Centre for Leadership Coaching, Alex Couley points out that humans became the most successful species on the planet by being cooperative. That means if we set goals with reference to how meeting them will improve the lot of others we’ll be more motivated to reach them.

“For example, someone is more likely to work towards getting a pay rise if they’re planning on using that money to send their child to a good school rather than just upgrading their car,” says Couley

We’re all at different stages of the wealth-creation journey, but if you feel as if your journey has stalled try doing a personal stocktake.

Money mindset coach Joanne Newell, of Rich Life by Design says that having your financial house in order involves the following: “You should have an income that reflects the value you provide or create, that income should be substantially more than your outgoings, you should have some quality investments and you should have a clear understanding of your financial position, which includes up-to-date bookkeeping.”

If your finances are less than ideal, Couley suggests spending some time reflecting on any limiting beliefs you might have around money, including those inherited from your family.

None of these suggestions is costly or complicated but all have the potential to improve your career, finances and overall wellbeing. With the possibility of some challenging times on the horizon, there’s never been a better time to invest in becoming more focused and effective.