All business sectors go through challenges at some point in their life cycle. Just ask Apple. Can you believe there was talk about Apple moving into bankruptcy prior to the introduction of the iPod in 2001. And of course the iPod was followed by the wildly successful launch of the iPhone and iPad. Apple later became the most valuable company in the world – and what a transformation it has been. Of course transformation occurs in many industries. Some businesses cope better than others.

Kodak unfortunately did not deal with a major transformation in its business model from traditional film processing to a digital camera world – they actually did file for bankruptcy! Their competitor, Fuji fared much better. Before we can take some lessons about what Fuji and Apple did right in comparison to Kodak, lets first get to the point of this blog. The Financial Services industry is in a state of transformation. Did you know a legal “best interest” test now applies to providing investment advice to retail clients? Most would think it should have been in place for the last 30 years.

Additionally, commissions are now illegal for all financial product advice other than advice on insurance. The good news is the financial services industry has been pro-actively “future proofing” their business model over the last 18 months since the major changes came into force in July 1st 2012. It is much more likely major players in the financial services industry will follow Fuji’s path and adapt rather than take Kodak’s unfortunate “head in the sand” approach that eventually led to bankruptcy.

Which leads us back to the lessons we might want to take from Fuji. To re-cap, they re-invented their business when cameras went digital and their traditional film business started to implode. As you can imagine it is not rocket science but it is impressive nonetheless. Fuji basically focussed on their strength (film and imaging) and teamed up with Xerox to become one of the world’s most successful photocopier companies. They transformed themselves. They also embarked on quite a unique external growth strategy. They teamed up with Astalift – a premium anti-aging skincare brand.  So how exactly does a film company end up in skincare? Basically, by transferring research into oxidation and collagen from its existing industry (film), to a new one (life sciences).

Now before you get too excited, you won’t hear about anti-ageing in Monarch’s Diploma of Financial Planning course. However, you will hear about the most current real life issues facing the financial services industry, and how leading companies are transforming in a rapidly changing and exciting environment. Give us a call on 1300 738 955 if you would like to know more 🙂 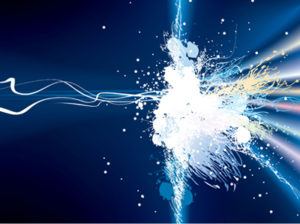