Bitcoin is the biggest bubble in town….. or is it?  When everyone from the local hairdresser to dog groomer are talking about it and throwing money in willy nilly, it’s only a matter of time till it implodes.

But what’s the deal? Should we be investing in it or will it be a distant memory in a few years?

Here’s a crash course in what Bitcoin is

Interestingly, Bitcoin (or cryptocurrency) has been around for a while – it was invented in 2008, and is the world’s first decentralised digital currency, as the system works without a central bank or single administrator.

It’s the fastest, lowest cost and most secure form of currency ever created and the finite economic properties of gold with the ease of use of a credit card.

What that all means is that Bitcoin and the re

st are electronic currencies — pure data entries in electronic ledgers — created and transferred by networked computers with no one in charge.

The technology behind Bitcoin is pretty impressive. Since its introduction almost a decade ago, bitcoin has spurred the most impressive burst of entrepreneurial activity since the first wave of investment in the worldwide web. As the dotcom bubble proved, even the most exciting long-term technology can also inflict serious long-term losses on you if it gets overvalued. 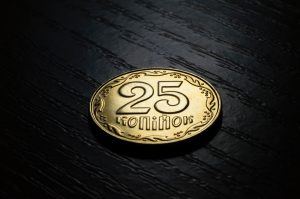 Bitcoin has already enjoyed two extreme bubbles. During 2013, when it gained almost 5,500 percent. Now it is doing it again, and causing the next round of mania. Top investors have warned that as amazing as the technology could well be, “there is no possible valuation scheme that would justify raising its price fivefold through the first 11 months of this year, and then another 70 percent in the last week” (John Authers, Financial Times).

It’s a tough question, but here’s a few pros and cons:

We’ll leave it with you. Go forth and Bitcoin (or not).