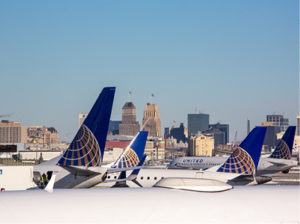 Is the customer always right?

In short, yes. I used to think this phrase was overused and outdated. But truth is, regardless of how big or small your business is, customer service needs to be at the core of your model in order to succeed.

No doubt you have seen the video of Dr David Dao being literally dragged off a United Airlines flight last month, to make space for United Airlines crew members. The way the incident was handled sparked international condemnation of the airlines, and their tagline ‘Fly the friendly skies’ was ridiculed.

So what went wrong?

Firstly, United Airlines has a policy where they have the right to remove customers to cater for employees. So although they had the right to remove Dr. Dao, they shouldn’t have. Whilst this policy was later changed, it was the treatment of their customers in the first place that got them into this sticky situation. United’s employees made a decision to activate this policy, but in doing so, they didn’t consider the consequences.

Secondly, United’s CEO did not send a strong customer service message when he offered a weak apology and initially stood by the company’s policy. He later refunded fares to everyone on the plane. The problem arose from the fact that he was not quick and decisive in putting his customers first. When a business is led by someone who doesn’t put customers first, it is easy to see how employees then follow with bad decisions.

Could they have handled the situation in a better way?

Absolutely. By communicating the situation more clearly to customers, and using the ‘customer is always right’ mantra to avoid the end result altogether. A point of difference in a business and its employees comes from opportunities like this one. Think back to a few weeks prior to this incident, when Etihad Airlines turned the plane around so that an elderly couple could see their dying grandson.  Etihad was praised and the employee responsible for the decision to turn the plane around was deemed ‘amazing’. It was a clear act of true customer service.

United recently announced it had confidentially “settled” its dispute with Dr Dao. The United CEO used the opportunity to outline 10 key steps it will undertake to avoid a similar situation arising in the future.  A key change is increasing compensation (up to $10,000) if passengers voluntarily give up their seat if requested. This compensation will be offer at check-in time rather than attempting to negotiate a result after passengers have boarded the plane.

Creating those well trained and engaged employees begins with hiring the right people who are passionate in their job.  Their managers need the tools to on-board them, train, mentor and coach them.