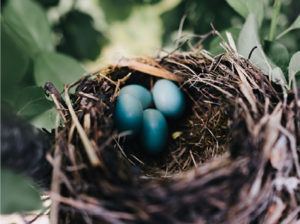 I read with interest an article the other day in Money Management that said there has been a significant increase in financial planners over the last 3 months who have chosen to list their practice for sale with specialist brokers.  Apparently many baby-boomer financial planners that had planned to sell their practice around 2007/08 delayed it due to the global financial crisis (GFC). Shortly after the GFC – around 2010/2011, the Future of Financial Advice (FOFA) reforms were introduced which apparently also delayed many financial planner’s plans to sell their practices. This was primarily due to the uncertainty that existed about the recurring revenue of practices because a major thrust of the FOFA reforms was the banning of commissions on all new financial products (except insurance). Fast forward to 2013 and Stephen Prendeville (a specialist broker referred to in the article) says there are now significantly more buyers  than sellers looking for financial planning practices and consequently he is having a rush of advisers inquiring about selling their practices to meet the demand. With this flurry of activity, it raises an interesting question about how much a financial planning practice is worth these days.

How are financial planning practices valued?

From my research which basically consisted of speaking to many people in the industry, financial planning practices sell for about 2 to 3.5 times recurring revenue at the moment. The reason I don’t have better data is that unlike house sales whereby the land titles office allows for the extraction of accurate data, no reliable central database exists for financial planning practice sales unfortunately. So what determines the sale price of financial planning practices- albeit anecdotally? Apparently, the difference between a ‘good sale’ price and a ‘mediocre sale’ price  centres on whether the practice is corporatised and the associated profitability of such a practice. Practices that have systems, processes and designated staff that offer a consistent, and repeatable advisory service  tend to sell for higher multiples i.e. closer to 3.5 times recurring revenue than less process driven practices. There are still buyers willing to buy a less profitable (or even zero profit) practice where there is a possibility to integrate the new client base being purchased with the existing practice that already has fixed costs and staff covered. Hopefully the existing practice can absorb the additional clients without incurring significant additional cost, still making the purchase of a ‘mediocre’ profit or zero profit practice a worthwhile exercise. In that instance a buyer might pay closer to 2 times recurring revenue.

Change in focus on valuation methodology

Many in the industry also now say that there is a gradual shift to financial planning practices being transacted based on a multiple of profit (or to be specific EBIT which stands for earnings before interest and tax), rather than straight recurring revenue. But either way, what is evident is that if you own your own financial planning practice, or intend to go down that path, there is the real opportunity to both earn an income whilst you work in the business, but to also receive a significant amount of money when you exit the business. Let’s look at a case study where a 35 year old financial planner starts her own business today after completing the Diploma of Financial Planning with Monarch, and 20 years later at age 55 she decides to sell it. Based on current valuation metrics, if she had built up the recurring revenue for her practice to say $300,000 then her business would be worth between $600,000 and $1,050,000. The way she would build up recurring revenue  over time would be to engage clients that are happy to pay both a one-off fee for advice but also ongoing yearly fees to review their financial situation, provide ongoing investment advice and effectively have her work for them on a retainer if you like. If she could generate 100 clients willing to pay her $3,000 each per annum (or alternatively 300 clients willing to pay her $1000 per annum), she generates her targeted recurring revenue of $300,000, and now has a valuable business to sell when she chooses to retire, or do something else.

Is working for myself the way to go?

No one can answer that question other than you.  However before jumping in the deep end and taking out a lease (…or quitting your job), go speak to some self employed financial planners who have already taken the leap of faith and get some advice from them. There is nothing better (and possibly sobering) than to hear from someone that has done it, and experienced the inevitable challenges particularly at the beginning of starting a business. I remember a friend of mine telling me that he had no problem jumping out of bed in the morning to work in his own business in comparison to when he was an employee which he found much more difficult. When I inquired why, he looked me straight in the eye and said “fear!” One decision that many people suggest prospective business owners consider doing prior to jumping in the deep end and starting a business is to consider asking someone that is already in business to be a mentor (assuming that they run a fantastic business themselves). However be prepared to pay them – or at least buy lunch so that they don’t resent the role.  That way you might be able to avoid the costly mistakes that many business owners (regardless of the industry they are in) make day in day out.  Good luck!