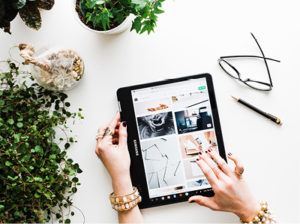 E-Commerce retailers like Amazon are making inroads in Australia, with many traditional bricks and mortar retailing business models facing disruption.  The question is, does this shift represent the start of a terminal death spiral for iconic Aussie retail players, or something else?

From gloom to boom

While some retailers pivot to a sustainable business model after experiencing problems, some aren’t so fortunate. Australia’s oldest electronics retailer Dick Smith was pushed into receivership in January 2016, owing its lenders more than $150 million. This was followed by Payless Shoes, Australia’s largest independent shoe retailer, and then Pumpkin Patch collapsing.

While it might seem convenient to blame recent retailing failures on the rise of e-Commerce global giants like Amazon Prime, The Iconic and even Surf Stitch (an Aussie upstart), the reality is online retail spending in Australia represents just 7% of total spend. That’s not a typo.

If you are lucky enough to travel to big cities in Europe, or the USA, you will quickly realise there are more differences than a mere accent. New York and London have much bigger population densities compared to Sydney or Melbourne. This means it makes more sense to buy online for residents of these big cities because a significant population don’t even own cars. Delivery costs are also lower given the population is spread over a more concentrated area. To top it off, penalty rates for delivery drivers in Australia are comparatively higher.

While all Aussie retailers need to remain agile and able to offer a compelling retailing experience for customers, the world isn’t caving in. Learn about key concepts like this in our Leadership and Management Courses. Call our friendly course consultants on 1300 738 955 to find out more.