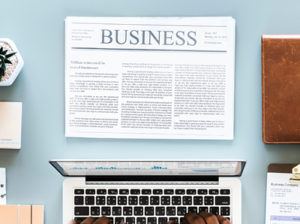 Most natural disasters – which you can confidently categorise the Storm financial debacle fitting snuggly into, run a routine path. First, there is the public shock about the disaster, and natural outpouring of empathy for the victims. In this instance it was the families in far North Queensland that got caught up in a massive ‘one size fits all’ leverage strategy courtesy of Storm Financial. It was spruiked by its high profile owners Emmanuel and Julie Cassimatis.  While the financial markets rose through the early noughties, it was seen as the gold standard of financial advice practices, but the wheels fell off the model early on, after the onset of the Global Financial Crisis (GFC).  As a side note, you do have to ask why CBA and Macquarie would go to such lengths to get into such close business relationships with a firm like Storm without first doing more thorough due diligence about their business model, and now find themselves in multiple class actions by aggrieved Storm victims and ASIC, but I guess that question is for another time.

Ok, back to the story. It has been said many Australians were less sympathetic to Storm Financial victims because they were complicit in the decision making process that got them into the terrible situation, unlike some victims of more ordinary natural disasters such as a real cyclone that have no control whatsoever in regard to their fate.

Whichever side of the debate you fall, a must watch documentary is coming out shortly (announced in IFA Magazine by Phillippa Yelland) called “Piggy Banks”, and I for one am excited. It apparently will shed light on exactly how the Storm debacle occurred, and interestingly from the perspective of the victims. Apparently, the victims were not greedy, stupid, half-wits as some in the media have portrayed them. The documentary covers the life of Audrey Connell post losing everything to Storm. She openly refers to herself as a “garden gnome” as a form of black humour to explain how embarrassing and naïve she was throughout the experience as a client of Storm. And of course she’s lost her savings, lost her home, cannot trust an adviser and has little hope of financial security at a critical time of her life, namely retirement. In anyone’s book, that boils down to one seriously stressful and embarrassing situation, so she is brave to put her life and failings out there on national TV for everyone to critique! Without having seen the documentary (“Piggy Banks”), I think the whole industry needs to watch it to appreciate the human impact bad financial advice can have. I’m going into it with an open mind.